Surge draws attention to climate change and its impact on Northwest coastal communities. This event engages artists, environmental researchers, and educators to present new perspectives on issues such as flooding and storm surge. An exhibition, art activities, workshops, and a charrette invite the public to imagine the impact of climate change in the next 35 years. Running September 17-25, Surge opens with a keynote and closes with a panel of scientists, artists, elected officials, and community leaders. All events are free for the public. 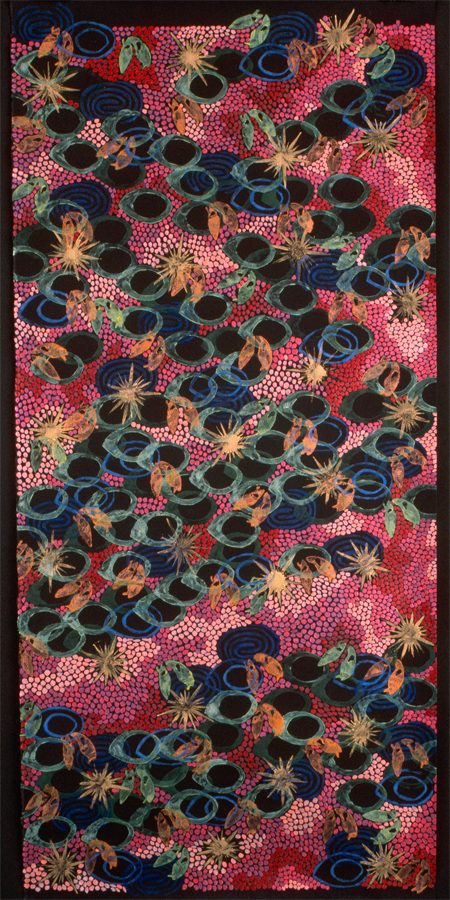 artist’s note about these works:
In my painting and shrines, I am interested in exploring intersections of human activity, ecosystems and geologic presence to develop a visual and symbolic language of seeds, sprouting forms, land shapes, fish and female figures. The study of these intersections can be called biocenology. In this way, I explore the contradiction of diversity and overlapping multiplicity within a culture whose dominant ideology expresses conflict in individualism and capitalism. Each painting is framed or scrolled as though it were a laboratory specimen box, reflecting the culture’s attempt to contain such truth and control it. In installations, some large works essentially become wallpaper and are not at all necessarily contained.

[updated 10.24.2021] This digital brochure is my homage to Benjamin Franklin, Frederick Douglass and Ida B. Wells ... I’ve listed my personal recommendations for my own local ballot and explored some background about my interests.

Shout out to Post Office workers around the world for moving my art reproduction from Seattle, to San Francisco customs, to New York City, to Doha, to Tehran, to Platform3 for the Emotional Numbness exhibition there. Amazingly, the tracking worked!