was on view at the Seattle Asian Art Museum October 31, 2015 through March 13, 2016. Though limited to six of the most prominent contemporary Korean artists working today, it revealed the brave and direct approach to art making I've associated with work in that society. What impressed me so strongly during my first visit to Korea in 2011 was how artists, despite the oppression of repeated repressive dictatorships hadn't suffered the banality of career existence under Reagan, or Jesse Helms for that matter. This exhibition reaffirms that sense for me, that artists and curators are well supported, intellectually and financially by Korean society. There is very little of that defensive posture so characteristic of American art: "cover your bases,"
"internalized oppression," and even flower painters there reflect a language of resistance (among other, more specific referents, wildflowers signify a retreat to the mountains, whether from family or political purges). And significantly, many artists reveal brilliant senses of humor whether visual puns, subversions or self-parody.

Although I felt pressed by the size of the photographs in the "Bewitched" series by Jung Yeondoo in a relatively small space, the inquiry into the disparity of his subjects' real life and dreams was so compelling, it drew me in. I was more comfortable with the larger collection on the video screen, probably because the size and distance from me was less imposing, allowing me to experience the work at my pace and comfort level. Experiencing the freedom of both photographer and subjects to dream and express identity without internally censoring offered a playful break from the incessant chatter of self-consciousness of appearance so characteristic of the American art world. The personae often confronted the realities of subjects' working lives, including class status and working conditions, the ways these link to their dreams. 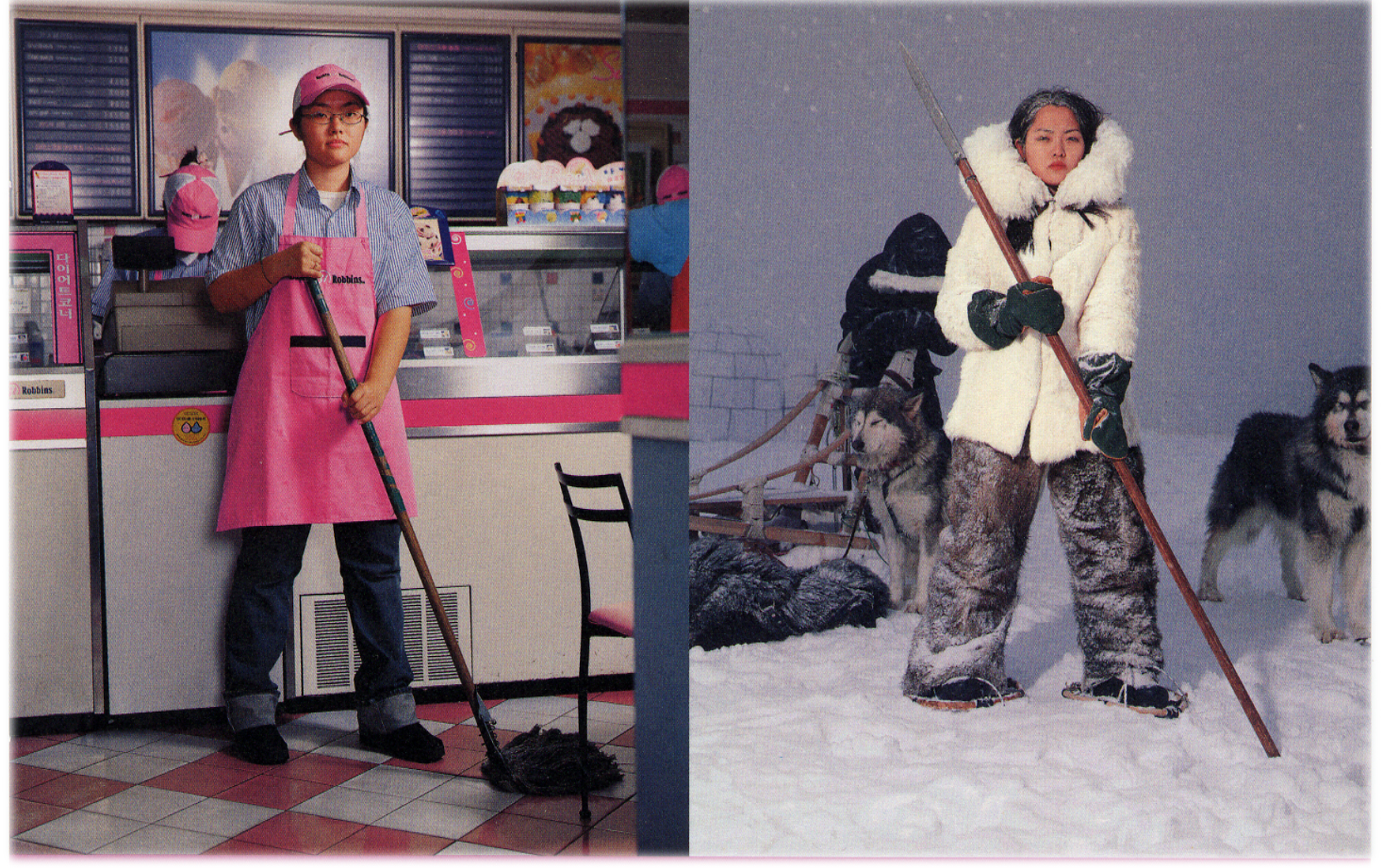 Jung's skills as a photographer are impressive: the staging of the sets and figures, depth of field, lighting, all reveal cinematic interests and experiences. Using techniques reserved for "movie celebrities," Jung subverted the expectations of that format to make real-life people the protagonists of their own lives.

Noh Suntag creates a narrative of inquiry, tracing his own detection of the US military occupation in daily life. Another revelation I experienced in Korea was the extraordinary amount of acreage devoted to US military installations and the constant presence of US military personnel everywhere. Puget Sound has a such an overt presence as well, with JBLM and the Stryker Brigade shipping of ordnance abroad through the port of Tacoma, the ever-present roar of C-17s over Olympus Spa (Lakewood), Trident submarines at Bangor, Whidbey Island full of underpaid military works who struggle to support families, PTSD and substance abuse struggles in Lakewood. Even now residents have resisted JBLM helicopters in the North Cascades, where training was supposed to start in the national forest ("Land of Many Abuses"). Noh's black and white photographs read like stills from an early cold war sci-fi or film noir, mysteriously evoking the white ball, or radome, which collects military information. The strAnge ball (2006) is an amusing and satirical perspective, inviting in its playfully apparent simplicity, subversively revealing ways the artist and viewers are onto the military's attempt to hide in the landscape. 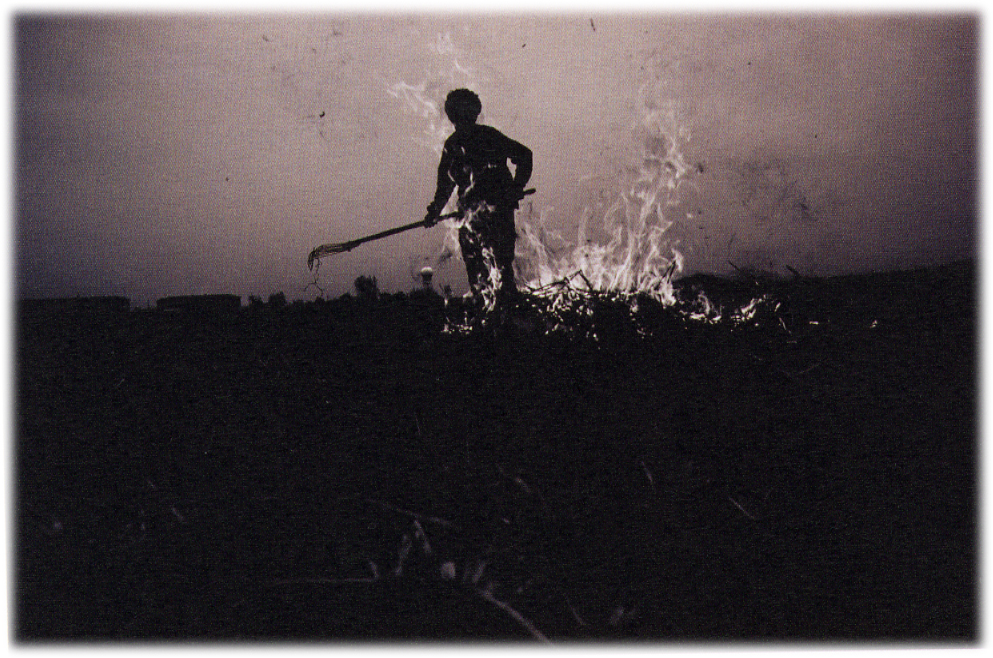 Lim Minouk's The Possibility of the Half, a multi-media work uses the materials of video broadcasting and parallels two funerals, distanced by the boundary and time. It is not lost on viewers that the children of the funereal subjects are the current rulers of both sides of that boundary, the rituals, mourning and camera styles nearly the same despite the span of years between 1979 and 2011. A rich work with teleprompters, video projection and monitors and sculptural installation, I'm sorry I was not able to visit it repeatedly. The Possibility of the Half, 2012, Lim Minouk, channel video projection, objects.
Works by other artists, especially video artists showed the influence that Nam June Paik continues to have in a younger generation.
Paradox of Place was co-organized by the Seattle Art Museum and the National Museum of Modern and Contemporary Art, Seoul, Korea. Support was provided by the Korea Foundation, The Mellon Foundation and The Stranger was the media sponsor.

Jen Graves' description of the exhibition in The Stranger http://www.thestranger.com/events/22686837/paradox-of-place-contemporary-korean-art